Under the theme "Design in the Wild", Interaction19 brought the global interaction design community to reflect upon its "Oppenheimer moment": where designers, who now sit at the decision table, are also faced with their responsibilities: in terms of ethics, diversity, inclusion, and sustainability, by keeping technology in check and improving people's lives through their design practice.

This year's IxDA conference — a 3-day programme packed with ideas carried by names such as Bill Buxton, Don Norman, John Maeda, Elizabeth Churchill, and Liz Jackson, to name a few — brought a meaningful debate but also a sense of urgency. A call to action for a profession that needs a serious reality check at a time of uncertainty, marking a shift and recognising an important change in how we do things. Or as Alok Nandi put it: "We are in a moment where design is being re-designed".

The reason nobody is talking about craft in this conference is because it has become so boring, so predictable.

Andreas Markdalen emphasised the current democratisation, industrialisation, and even the commoditisation of digital design. In his talk he called for a new dimension in how we create things: "the reason nobody is talking about craft in this conference is because it has become so boring, so predictable." Andreas called for design tool-makers to recognise this and embrace the shift to generative design and follow the path to "the augmentation of human creativity." Systemic design and prototyping is only the start of this trend, where design processes will be supporting technology-automated systems. There were interesting examples of this from Autodesk and Airbnb. This will leave designers more time to spend on tasks where their expertise is needed: like ethics and diversity, for example.

Looking for the canary in the goldmine

The debate around ethics has only just begun. 2018 has extended into early 2019 with a bad algorithmic hangover. But what to do? Gabriel White pointed out that while 70% of designers agree that ethics is important, only 15% say they know how to incorporate ethics in their practice.

For starters, we should deal with the framing of the discussion: we need to put ethical questions at the centre of the table, as opposed to using ethics as "window-dressing and a mask for misdeeds" as Molly Steenson remarked.

Looking deeper into the black box of AI and machine learning, there were many discussions about tackling biases, or as Chris Butler put it: "breaking down the bias in data," as well as recognising and "being open about our own biases," as pointed out by Ana Arriola and Jason Brush. Elizabeth Churchill asked to look out for "the canary in the gold mine": the lack of attention to certain types of accessibilities in digital products which may lead to problems in the future. By bringing ethicists, data scientists, and other sociology-domain professionals into the teams, we will be much better equipped to counter those biases.

Don't let anyone intimidate you away from the table (of debate about AI).

The fact that designers are not AI experts does not mean they don't have a role to play, or as Kristian Simsarian pointed out: "Don't let anyone intimidate you away from the table (of debate about AI)," calling for designers to participate in shaping the policy of its future development. There is, of course, an education path to be made, and designers need to be proactive in becoming more AI-literate, use the UN's SDGs as a compass, dare to question things. There is the need for a more transparent AI, and Dr. Arathi Sethumadhavan together with Dr. Samuel J. Levulis put forward design principles to make the "underpinnings and output of AI understandable to the user."

Designing for transparency is essential, as is designing for interpretation: the focus on data literacy "in the age of post-truth," as highlighted by Holger Kuehnle. In the aftermath of political events that disrupted the current world order (Brexit, Trump), designers have a responsibility sometimes, to compel people to do something. When presenting data, we need to show historical and social context, the different relationships in a number. Holger argued that"isolated numbers take data out of context and create a bias towards a specific conclusion, which fuels divisiveness."

Everyone is abnormal, really - If you don't think you're abnormal, one day you will be old.

Design for diversity and inclusion

Focusing on the theme of diversity and inclusion, Tea Uglow sharply pointed out the paradox of "normality": the danger of trusting a simplistic representation of reality by using data which is based on the average, the"normal." We need to put in the subsets, the edge cases, into the universe which the data is meant to represent. "Everyone is abnormal, really - If you don't think you're abnormal, one day you will be old".

Liz Jackson made a different compelling case for inclusion, by challenging the current meaning of "empathy" and calling on our "pathological altruism": instead of fixing the problem we are often making it worse. Liz denounced the use of people with disabilities in projects where they are not given proper credit and are instead used as "posters" towards the rest of the population when they need to be the centre-focus for the projects which are supposedly aimed at them. Her proposal involved a move towards iteration, mutuality, and collaboration with users.

Coming from EGGS Design, it was interesting to see the social and ethical responsibility of designers so high on the agenda, as an integral part of this self-reflection exercise which Interaction19 put on display. It is the focus and the mindset for multiple generations of designers who came together in Seattle, and the level of discussions indeed points to an exciting future for design in general. It takes more than craft to make a good designer: social awareness, community involvement, methodology and process, technological fluency are also essential dimensions. The next generation of designers will come into a much more mature profession.

Overall, the conference exposed an existential moment among the design profession. For one, a change in perception of the power designers can have (from designing tools to designing organisational change). And secondly, the development of newer, better tools to leverage that power. As Don Norman expressed himself "I want to use design principles in designing our principles." From sheer linguistics to contextual frameworks, we see the emergence of a "discipline influx": design which is focused on the conversation, the activity, as proposed by Bill Buxton. Interaction19 captured a point of transition to a different level of maturity in the profession. What we saw in Seattle is that "re-designing design" is already in motion.

Have a chat with our Creative Leader Digital Design Oslo 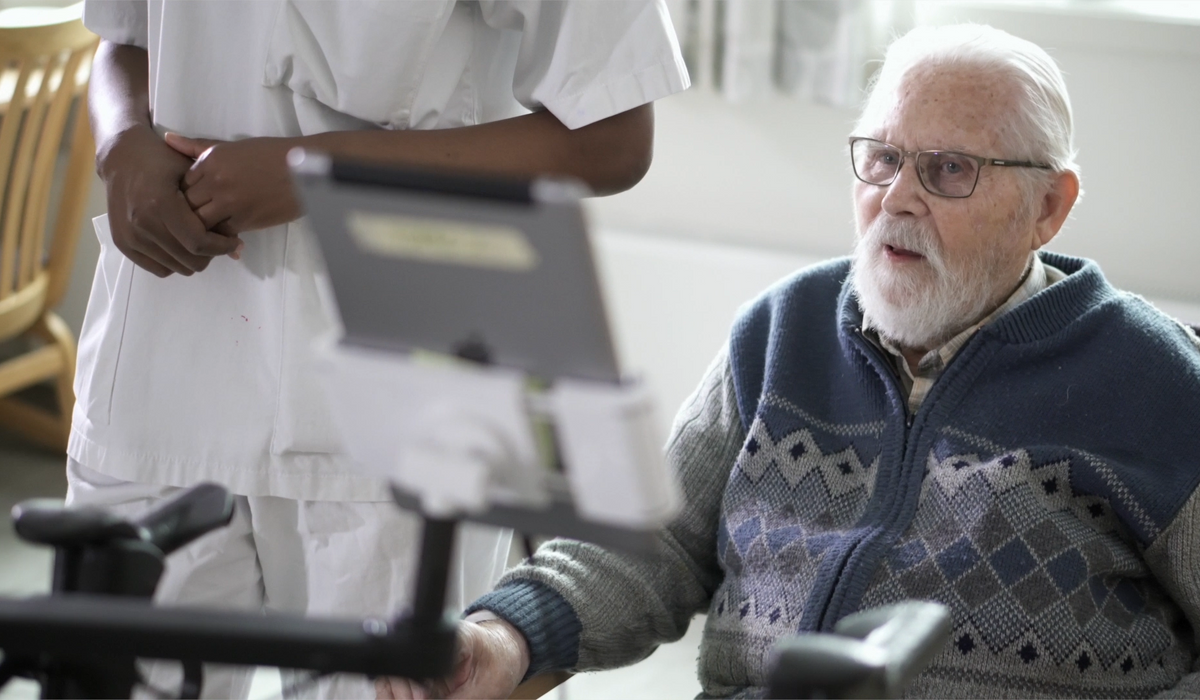 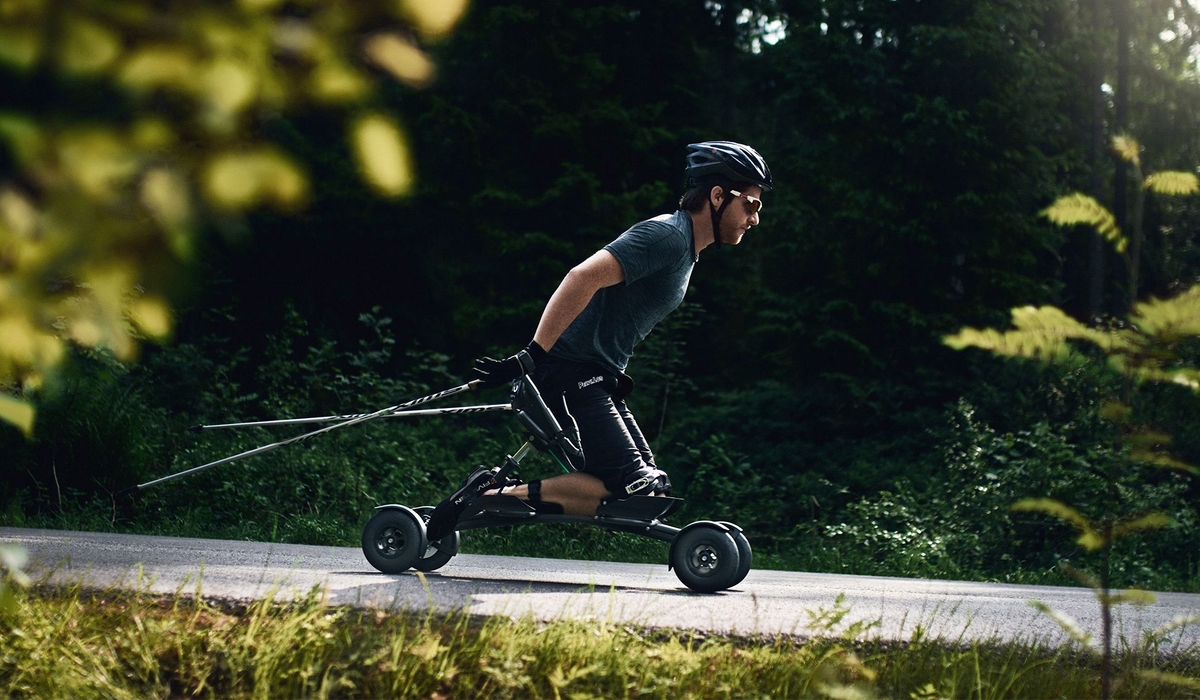 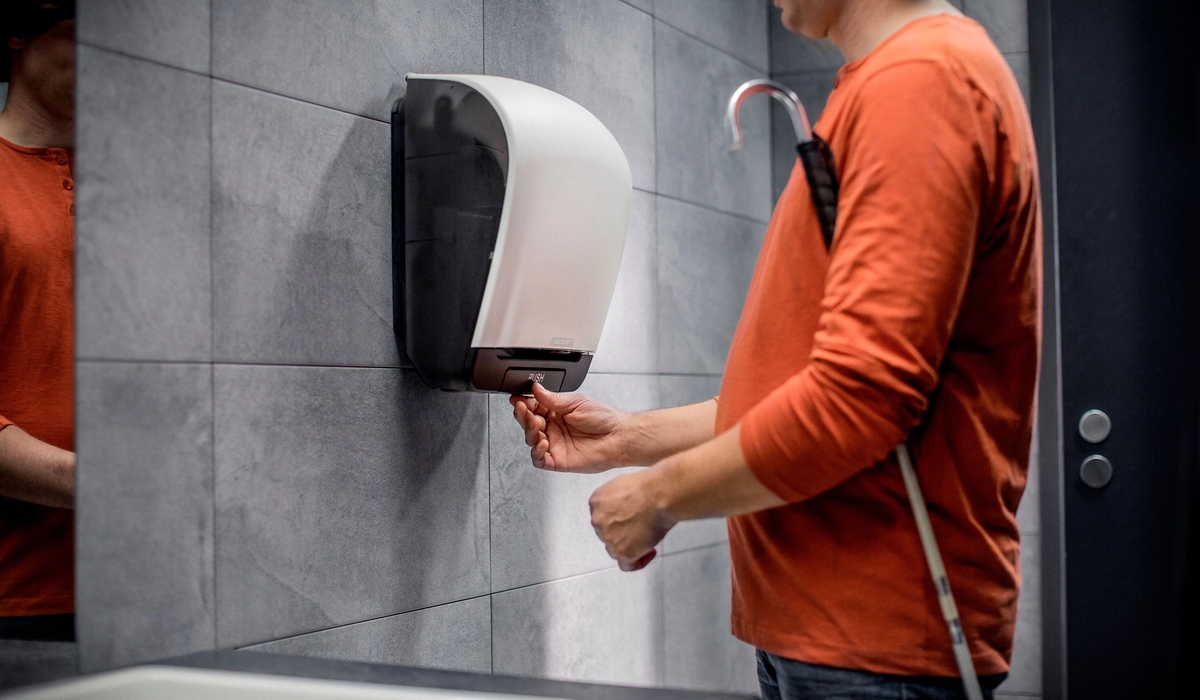