30 minutes with Jaime Levy – the mother of UX Strategy

An interview with the author of the best-selling book 'UX Strategy: Product Strategy Techniques for Devising Innovative Digital Solutions' 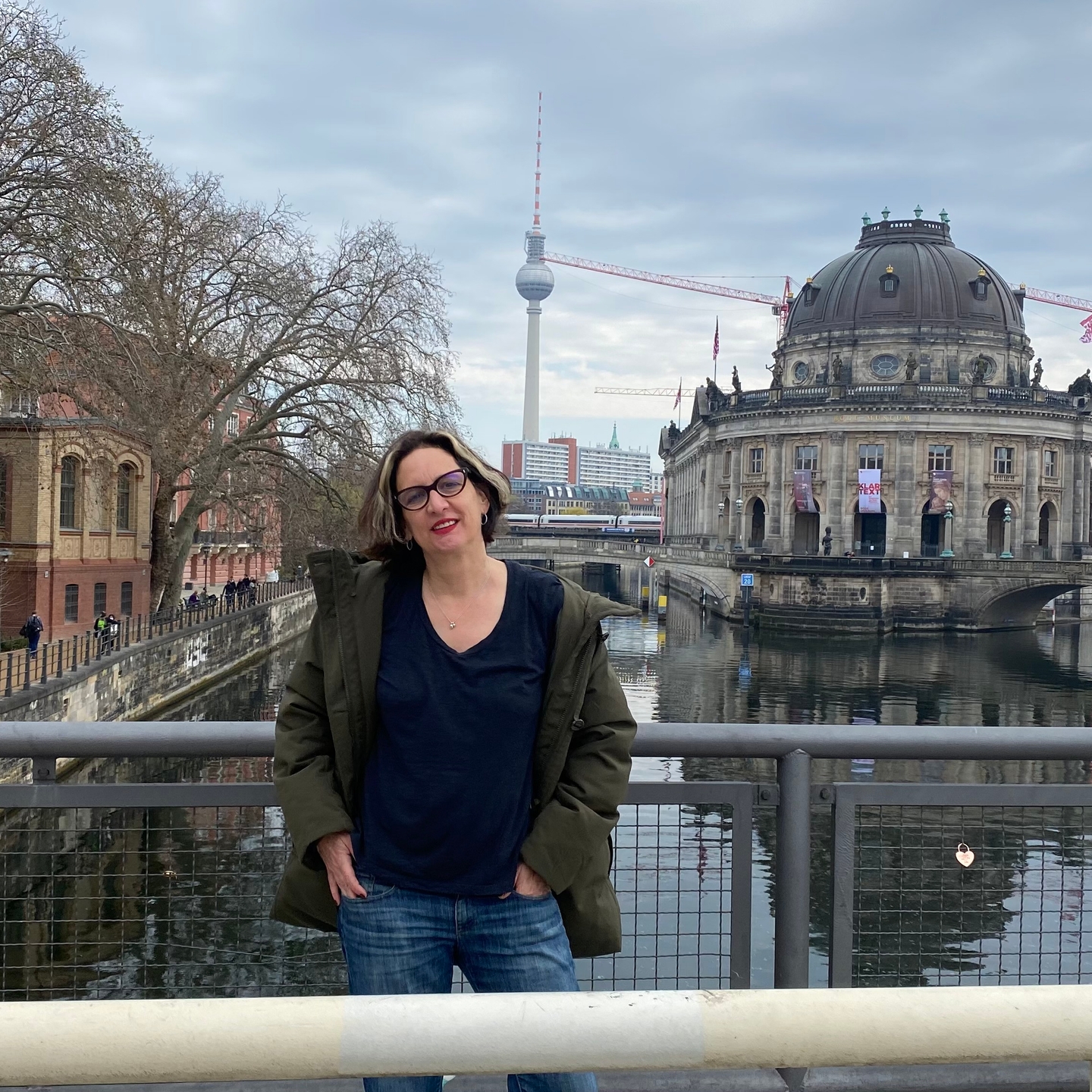 Jaime Levy is nothing less than a legend in the field of UX – best-selling author, university professor, and user experience strategist. Her best-selling book, 'UX Strategy: Product Strategy Techniques for Devising Innovative Digital Solutions', has become an indispensable classic for UX designers who want a solid guide to the intersection of UX design and business strategy. We had the privilege to meet her for an interview, and she had a thing or two to say about the design industry.

For over three decades, Jaime Levy has been internationally recognized as a pioneer of innovative digital products and services.We were lucky enough to host her and her UX workshop at our Copenhagen office on November 17th, and in connection to this, we also took the chance to do an interview with her.

Jaime, can you please start by telling us a bit about yourself? How did you get to where you are?

“Well, I started very early, before the internet was really a thing. I was in grad school in the late 80s, before the web existed. So I started when the digital world was still very precarious. I’ve always loved art, culture, punk music, and film, and at the same time, I'm very much into politics, so I’ve worn many hats during my career. When I had to choose a lane, so to speak, I went down what was then called information architecture, where I felt I could use both sides of my brain – be analytical and creative at the same time. After that, I just worked my way up the ladder. I worked as a consultant, up into management, and focused on working with UX strategy. Meanwhile, I’ve been teaching in parallel. That’s how I’ve always managed to hire top students.”

You’ve written a book called UX Strategy that has become a classic within UX. What motivated you to write that book?

“I basically wrote a book that I wished existed. There was no book on the market on product strategy, so I wrote it myself. Teaching and doing research allowed me to develop a tool kit that I could transform into this book. I never expected that it would become such a success, though. But I think that the reason it has resonated with people is the way it’s written – through storytelling, with narratives. It’s a very different way of explaining and teaching compared to other more traditional, academic books. If you’ve read some of those, you know what I mean.“

“If my work can do anything to help development in other parts of the world and include more people by spreading knowledge, it makes me happy.”

What does it feel like to have created something that became such a success?

“It feels great! It's been translated into more than ten different languages, which I'm very happy about. The fact that my words can be read by people in other parts of the world means that I can spread knowledge where I otherwise couldn’t reach. I hate the world of inequality and the gaps between nations’ wealth, so If my work can do anything to help development in other parts of the world and include more people by spreading knowledge, it makes me happy.”

What is UX strategy? How would you define it?

“I define it as the intersection of product design and business strategy.”

What defines a good UX strategy?

“Some see it as some sort of abstract process. That’s the bullsh*t version. UX strategy is when it’s all about product strategy and what the product really is. The idea with UX strategy is that you’re validating a concept. You start with an idea, and then the book takes you through very concrete steps: Research, revenue streams, competitors, and so on. There is so much baloney in our field; we need to stop that crap and stick to what’s real and what’s important - focus on value innovation and business models. Usability testing is not relevant. – that’s just the icing on the cake and should come at the very end. Often there is a gap between business and design. Businesses need to include designers from the beginning, looking at concepts as experiments. UX people need to be part of the process from scratch.”

“There is so much baloney in our field; we need to stop that crap and stick to what’s real and what’s important - focus on value innovation and business models.”

Where do you get your inspiration from? And from whom?

“Well, certainly not from the design industry. It’s full of people talking bullsh*t, saying unfounded things. Art and music give me way more inspiration than the design industry does. There are so many designers out there talking the talk but without being supportive. Not to mention it’s mostly a non-diverse, white bunch of guys. My personal experience of being paid less and doing more to prove myself in a male-dominated field has been hard. But I guess it has taught me to reinvent myself all the time. Our field changes so fast, so that’s an important skill.”

Speaking of gender balance and the lack of it - what do you think needs to change for women in the field of UX?

“A lot has changed, in the sense that there are many female UX designers. But the problem is that very few of us are leaders. We need more women steering the ship, not just executing what others – men – have decided. When we look at products and platforms, we still have to ask ourselves - who made them up? Men? Most probably. Where are the female inventors? It’s great that there are more women designing, but we need to be higher up in the value chain, where strategy is made. It affects the end result of the products. There’s a big difference between doing what someone else told you to do and inventing it yourself.”

“It’s great that there are more women designing, but we need to be higher up in the value chain, where strategy is made. It affects the end result of the products.There’s a big difference between doing what someone else told you to do and inventing it yourself.”

If you were to give one example of a great UX strategy – what would it be?

“I wouldn’t necessarily be aware of it because, unless you’ve been involved in the UX strategy yourself, you only see it the part after the strategy - where the strategy stopped, design took over and turned into a product. Many times the strategy doesn’t see the light of day, so it’s hard to say. But in general, I would say that good examples of UX strategy are where you're allowed to experiment a lot without having to stick to too many boundaries. That’s how you find what really works.”

If you were to advise on what to think about when working with UX strategy, what tips would you give to a company?

“I would say that whatever your vision is, be open-minded and imagine creating multiple versions of what you think the product could be. Attack it from different angles, and don't be fixated on what you think is a good solution. Never assume that you know what to do. That way, you will see what works and what doesn't. I think there hasn’t been a better time for digital transformation than now, thanks to the pandemic. A lot of development has been accelerated, and it makes it a good time to change processes. This also makes it a great time to be a UX designer and UX strategist. The business is booming. I think that we might see some product designers finally realising that climbing the ladder can also be done laterally – not only upwards. That’s important. I think we can get more and more different voices setting strategy that way.” 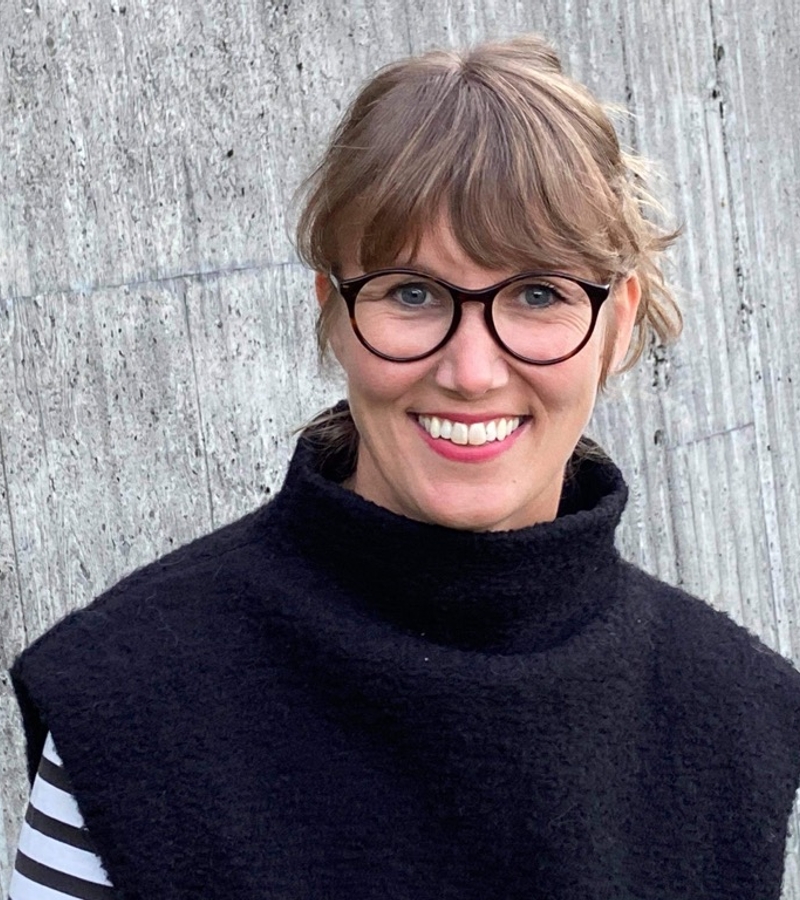 IKEA – on a mission to reinvent the furniture industry

An interview with Innovation and Co-creation Manager Siri Engelschiøn 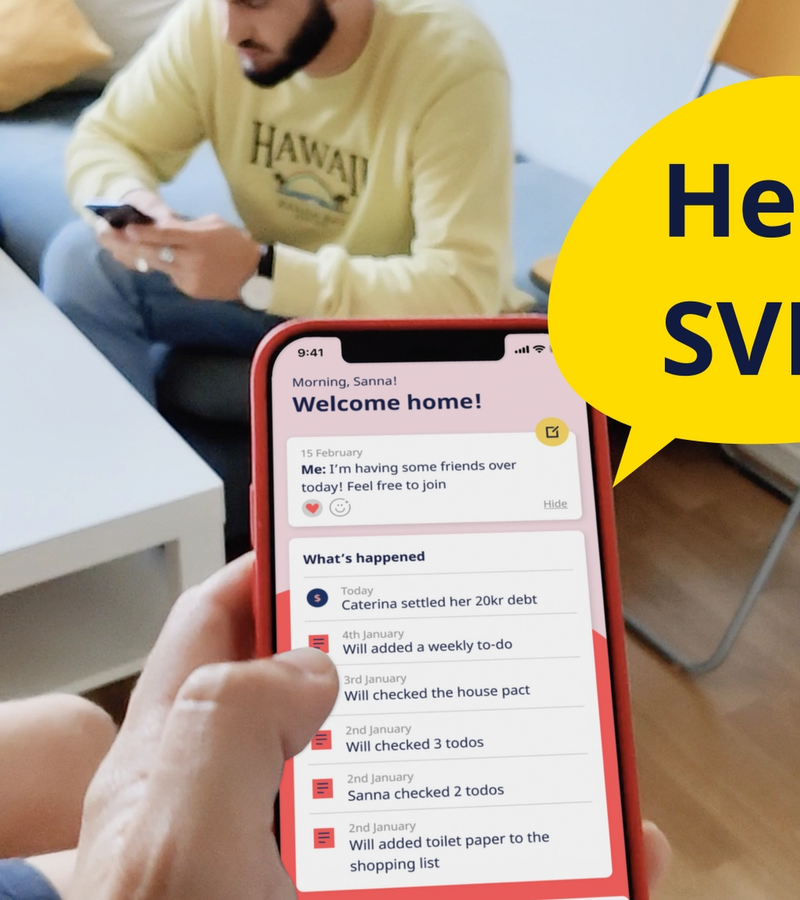 IKEA and EGGS are collaborating for Better Coliving

The app SVEN offers tools for communication and organisation 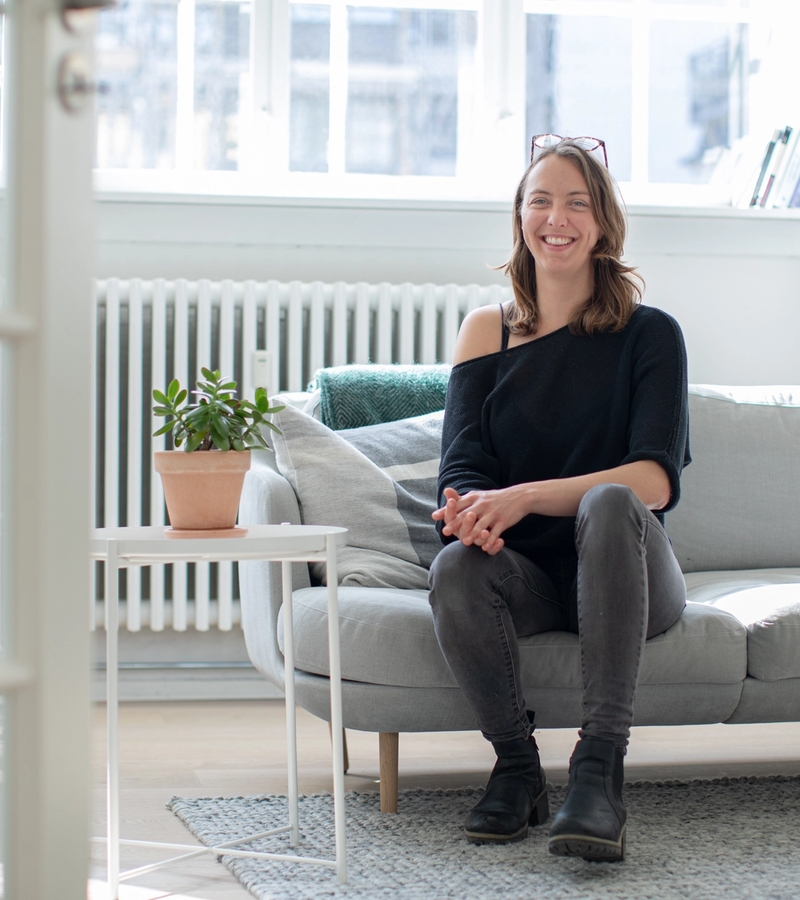 Our digital design wizard with a passion for circularity